These are container scrap metal shears of our Balta Press production. This solution is intended for small sites with a volume of 700-2000 tons of ferrous scrap per month. The scrap metal shears work in an automatic cycle and does not require the presence of an operator.

The scrap is loaded from above into the receiving hopper (it is desirable to have a good reloader for this), then the scrap is pre-pressed (not to be confused with pressing) and then a crop shear with a power of 400 tons cuts the compressed scrap, getting the 3АН category at the output.

Our designers have designed them to be easy to use and to maintain. Our task was to make a kind of trouble-free machine so that neither the operator nor the heterogeneous scrap would break the machine. Now you see the third completely designed version, where we took into account many mistakes of cheap Chinese and even European counterparts. We tried to take into account all the shortcomings of such existing machines.

We have focused on the most expensive parts of scrap metal shears – a crop shear, a frame and an engine compartment with hydraulics. We made these parts easily removable and serviceable.

The crop shear is covered over the entire sliding area with high-quality guideways made of wear-resistant German steel. The guideways have a channel for automatic lubrication, they are made on the CNC, which ensures replaceability. Also, the crop shear cuts scrap across the entire width of the bale chamber (1600 mm), which is not available in some European counterparts.

The sliding area of the punch of the crop shear covers its entire height, which fixes it over the entire body of the moving part for rigid attachment and distribution of the load over a large area, and not a narrow beam as it is implemented in Chinese counterparts.

The frame of the scrap metal shears is a reinforced belt, where all the parts, in which the scrap is cut, are reinforced in places, where the load is concentrated, and calculated according to FEM modeling, as well as using generative design of the structure (increasing the array of ribs where necessary).

The frame is the most expensive part, as it consists of numerous subassemblies that are aligned with precision. Everything can be replaced except for it. The more reliable the frame of the scrap metal shears is, the longer the shears will serve you. The operational period of our equipment is 20 years or more, during which natural deformations and metal fatigue when operating are absent.

This means that you can always make from your machine a new one, replacing the wearing parts, and it will serve you just as long. The emphasis in the design was just on the ability to update the scrap metal shears in 7-10 years without stopping the operation of the machine for a long period.

This is a short description of the CPS-400 shears made by our Balta Press plant. We will tell you the rest of the details by phone, which you can find in the site header or at the very bottom. 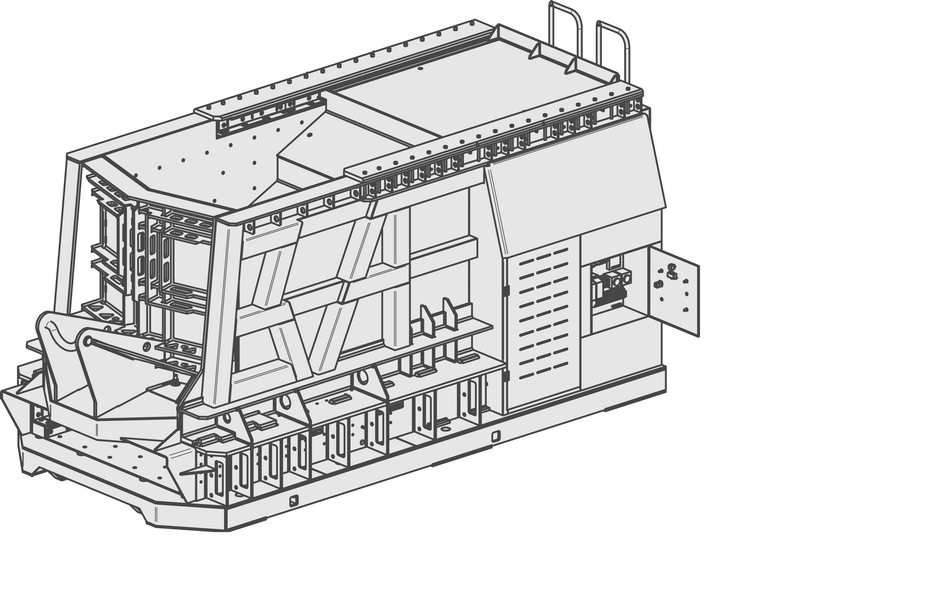